There have been several articles in the recent past about Rutan and his retirement project, a motorglider with the ability to take off and land on rough water, smooth water, snow, and unimproved fields. He has said the range will allow flight from California to Hawaii non-stop at 170 knots.

EAA has some info here and here.

Burt said in one article he plans to fly around the world with his wife in the new plane going places where no other plane can go. The design is said to be able to take off and land in just 400 feet allowing for some very out of the way spots to be visited.

This will be a bush plane with a 23 to 1 glide ratio, something unheard of in the aviation world before now.
It is a sad day for Science Fiction and film fans.

Leonard Nimoy, the sonorous, gaunt-faced actor who won a worshipful global following as Mr. Spock, the resolutely logical human-alien first officer of the Starship Enterprise in the television and movie juggernaut â€œStar Trek,â€ died on Friday morning at his home in the Bel Air section of Los Angeles. He was 83.

The New York Times has the details. 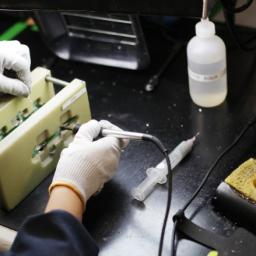 You've got an Apple product on your desk, and you've got another in your pocket. You might even have one on your wrist. But is the next step something for your garage?

Many outlets are reporting that Apple has recently indulged in a spate of poaching, picking up battery and automotive engineers from leading car makers and battery suppliers in the EV industry. That leads to more than just casual speculation that Apple is working on an automotive product of some sort. Will your next car be an Apple product? At the moment we don't know much, but it is beginning to seem at least a little bit likely.
The FreeBSD team has released FreeBSD 10.1!

You can read more about some of the highlights at the FreeBSD announcement, but in brief, they include: updated network drivers, updates to ZFS, sendmail, the use ofunbound in place of bind as default resolver, the bhyve hypervisor, and lots of userland updates.

Important to this FreeBSD user is the new vt virtual console driver, as 10.0 introduced a bug that disabled virtual consoles for anyone with an Intel video chip (imagine a FreeBSD install that requires a GUI!). Lots of work is being put into this new driver, to bring FreeBSD's virtual consoles up to speed with Linux.

As always, the new version comes in ISO and USB formats, netboot, and more; and for the amd64, i386, ia64, powerpc, powerpc64, sparc64, and armv6 architectures.
President Barack Obama has spoken out on the topic of Net Neutrality, and
he advocates for an Internet that is free and open. That's a bold move in this political environment!

It would seem that the President is interested in keeping a free and open internet without sweetheart deals. Now if only the FCC listens to the President and the many other Americans who have commented on this matter. Now, what about the other big, Internet-heavy nations that enjoy the benefits of being connected. Who will be the next to speak up? And does Obama's opinion mean the debate will swing in the direction of consumer benefit, or will the corporations have their say?
1